‘Work that matters’ brought Tag Robison from the CIA to Tandem

It wasn't a quest for personal glory that compelled Tag Robison to join the Central Intelligence Agency a month after the attacks of Sept. 11, 2001.

It’s not because Tag loves running into burning buildings that he became a volunteer firefighter.

And it’s not because his wife is living with type 1 diabetes that he decided to join Tandem Diabetes Care.

It’s because that throughout Tag’s life, he’s felt the need to answer the call for what’s just and what’s right.

“I’ve been fortunate enough to have a very diverse professional life that has not followed a straight path,” said Tag, 48. “I’m the kind of person who derives a lot of satisfaction from serving a purpose, no matter how small or large.”

Tag's non-linear career path brought him to Tandem Diabetes Care earlier this year, where he serves as an area supervisor for customer sales support in the Tandem office in Boise, Idaho. Tandem was recently named one of the top 10 places to work in all of Idaho, but his interest had been growing for quite some time before he decided to join the Tandem team.

Because of his wife's involvement in Camp HODIA — a camp in Boise for children with type 1 diabetes — he was already familiar with the t:slim X2™ insulin pump. And while she uses multiple daily injections to manage her type 1, Tag still saw how the pump was improving so many lives.

“I think you have greater empathy when you can understand the product. It raises the stakes and makes everything genuinely more important. We’re not selling widgets to some faceless consumer. This product makes a real difference.”

He continued: "I think there's also something to be said for working for a company that invests in your community. I can see firsthand the difference Tandem makes."

That ability to make a difference has been an important part of Tag's life. He had pursued International Studies at Brigham Young University, and then following 9/11 he joined the CIA, where he worked in human intelligence (that's all he's allowed to talk about). His career with "The Company" took him all throughout Asia — including a stint in Afghanistan.

"I think I was just one of many people who felt the pull to be part of what we were doing in the war on terror," Tag said. "I loved the experience. It was stressful and demanding, but ultimately very fulfilling." 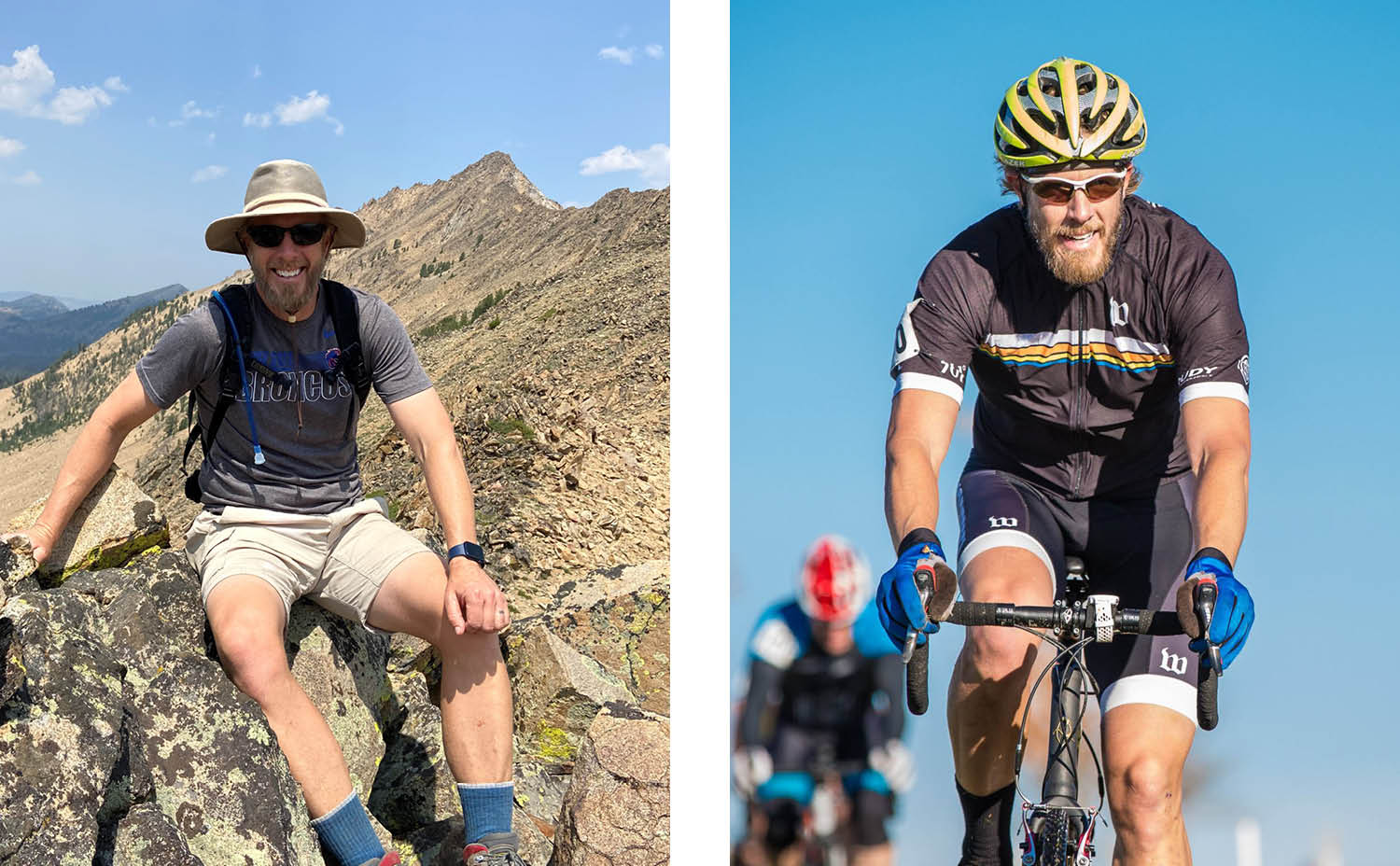 Living and working in Boise give Tag Robinson lots of opportunities to embrace outdoor activities.

As he began to rotate back to life in his hometown of Boise, he happened to notice a poster in the airport calling for volunteer firefighters. Tag being Tag, he jumped at yet another opportunity to serve.

"That was another fantastic experience," he said. "I loved the camaraderie, the bigger purpose, and I get a lot of satisfaction from doing work that matters."

His days of putting out fires are behind him. These days he's focused on his job at Tandem, and his side hustle. He and his wife, Sherilyn, also own and operate an Airbnb just outside of Boise. It's the second marriage for them both, and between them they have six children and two grandchildren.

And as if his plate wasn't full enough, he's also working on an MBA at Boise State and volunteers as a seasonal assistant director at HODIA, where he and his wife have yet another opportunity to work together.

Tag is very much a caretaker in every sense of the word — for his family, his side business, and now the people he works with at Tandem.

"I'm at a point in my life where I understand that I'm responsible for the development of a lot of people and that's not a responsibility I take lightly," he said. "I'm a caretaker in their development and their performance. The decisions I make can have a real difference in someone's life. That means too much to me — and the people we serve mean too much to me — to not be as dedicated to the job as I can be."

Thanks for all you do, inside and outside of the walls of Tandem, Tag. We're grateful for you and all the Tandem employees working to improve the lives of people with diabetes.