Veteran Sean Park is currently a Senior Program Manager with the Privacy and Security team at Tandem Diabetes Care, which makes perfect sense. In his prior career, Sean received a Navy and Marine Corps Commendation Medal for being part of a security force team that helped rescue 16 crew members from the Indian vessel Dho Safina Al-Bisarat.

“I come from a Navy family,” Sean said. “My dad was a Vietnam-era Navy SEAL. I worked in electronic warfare and on the search-and-seizure team, which is very similar to that of a SWAT team, but on the water.”

Sean left the Navy in 2006 to seek greater mentorship opportunities. He pursued an undergraduate degree in business, yet was still unclear as to what was next after his military service.

From Pilot to Project Management

After working at a couple of civilian jobs that were not aligned to his core values, Sean decided to become a pilot. He got his certificate and learned how to fly planes. This heightened perspective led to a new course correction.

“Eventually I discovered there’s a networking and mentorship thing called ‘project management’ where I could actually make this a career and get paid for something I already like to do,” Sean said. 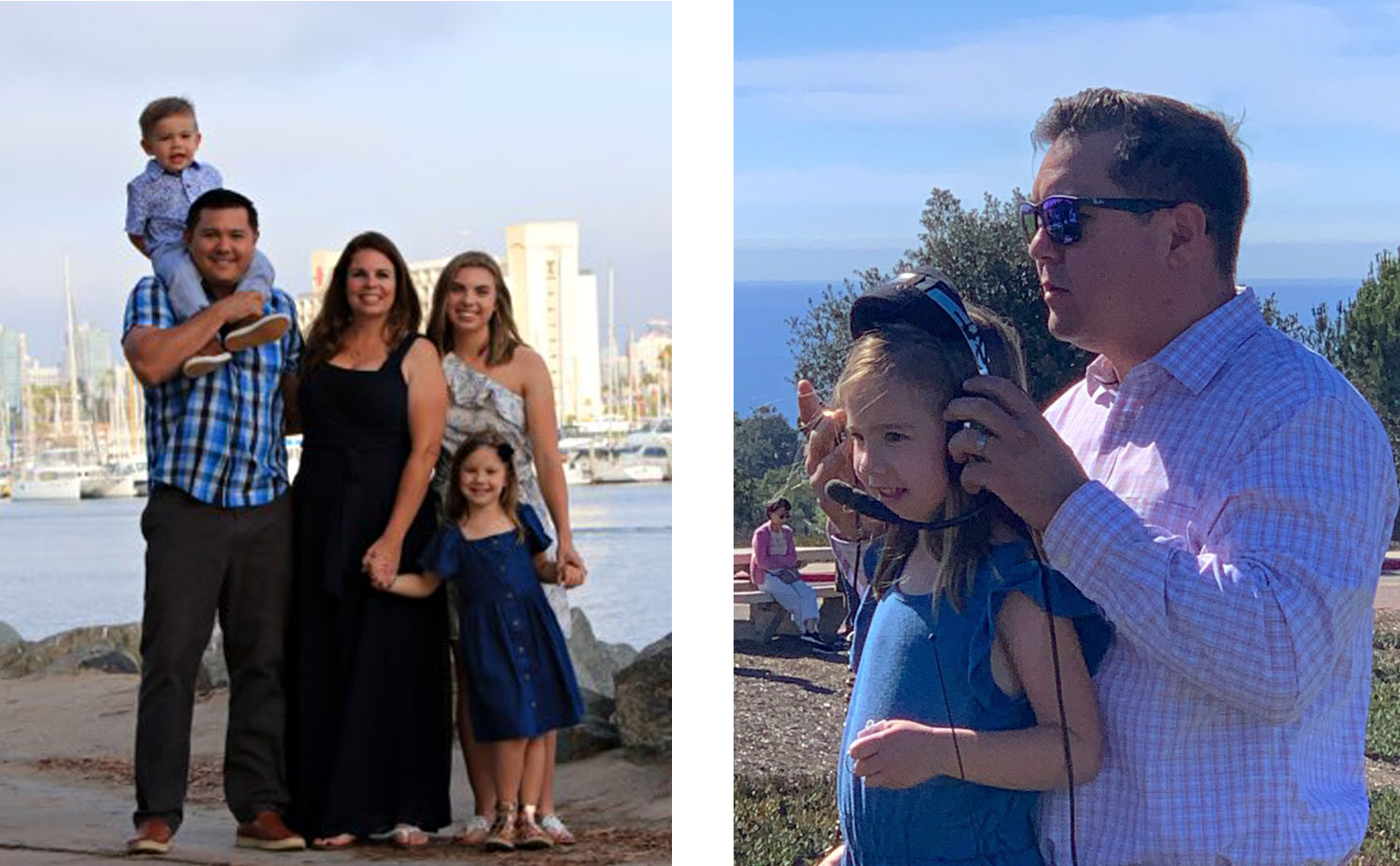 Veteran and Senior Project Manager Sean Park with his family.

Sean went on to get a Master of Science in Project Management from the University of Wisconsin-Platteville. He also pursued additional project management certificates from UC San Diego.

Initially, he brought his project management skills back to the Department of Defense (DoD) in several different capacities with the Army and the Naval Special Warfare Command. He even returned to the SEAL teams where his father worked.

“I loved working there, but I wanted to see what else there was outside of the DoD,” Sean said. “Where else can I use these same skills and the camaraderie and team aspect of helping our military, but to help other people? I really aligned with the values at Tandem.”

“What drew me to Tandem was just service after service,” Sean said.

Sean has worked with many veterans, so he understands the worry about starting over again in a new career. He experienced a lot of uncertainty because he had never worked with a medical device company before.

One of the things that helped Sean say “yes!” to Tandem was meeting another veteran, Jeff Brown, during the interview process. The two joked with each other lightheartedly about their previous roles in the military, and Sean felt an immediate comfort based on their shared backgrounds.

“Having Jeff on the interview panel made it very easy to speak to him,” Sean said. “I thought, ‘I’ve got a baseline with this guy and at least, you know, he’ll give me some understanding here,’ so that put me at ease tremendously.”

Sean also sought a company that aligned with his personal values. At Tandem, our company values are embodied through the Words We Live By:

“I feel these values are the way business should be done,” Sean said.

“Tandem gives me the ability to serve after serving our country, and we’re expanding around the globe.”

Sean found the mentorship he was seeking and continues to pay it forward through professional development coaching within and outside of Tandem. He now volunteers on various leadership boards, most recently as Vice President of Strategy for the San Diego Chapter of the Project Management Institute.

“I’m also the representative from Tandem to the Honor Foundation for Special Operations to help them in their transition assistance,” Sean said.

The Honor Foundation is a career transition program for U.S. Special Operations Forces that helps to translate their elite military service to the private sector and to create the next generation of corporate and community leaders.

Thank you, Sean, for being such a valuable part of our diverse team at Tandem.