The FDA has cleared the feature that allows you to bolus from your compatible smartphone! Read more
This website uses cookies to help us give you the best experience when you visit. By using this website you consent to our use of these cookies. Find out how we use cookies and how to manage them.

Meet the 11-year-old pro at overcoming challenges and adapting to life with a new type of insulin pump.

Elijah doesn’t let diabetes slow him down — not while pounding the pavement running cross country, and not while playing basketball, football, baseball, or his favorite, golf.

Having spent most of his life with type 1 diabetes, the now 11-year-old is a pro at overcoming challenges and adapting. Elijah started on an Animas pump at four years old, then later switched to a tubeless pump. With support from his family, all of this change was manageable.

From hesitant to happy

One day, Shawn, a family friend and Tandem Diabetes Care team member who met Elijah the day he was diagnosed ten and a half years ago, proposed the idea of switching to a Tandem pump, but Elijah was reluctant. Elijah liked the design of his current pump. Plus, he still had lingering worries from when his dog grabbed on to his tubing when he was four years old.

“Elijah did not want to switch,” explained mom, Molly. “And we understood, change is hard. He does a great job, but things were not going in a direction we felt good about… he was doing well, considering diabetes is a tough disease, but he had three consecutive A1c results, each higher than the one before it.”

Elijah wasn’t satisfied either. “My first experience wearing and using a pump was great, but I was always going really high and low. My blood sugars were not controlled well,” he explains. It also made some of his favorite activities more challenging, “My blood sugar, especially during baseball, would go low.” 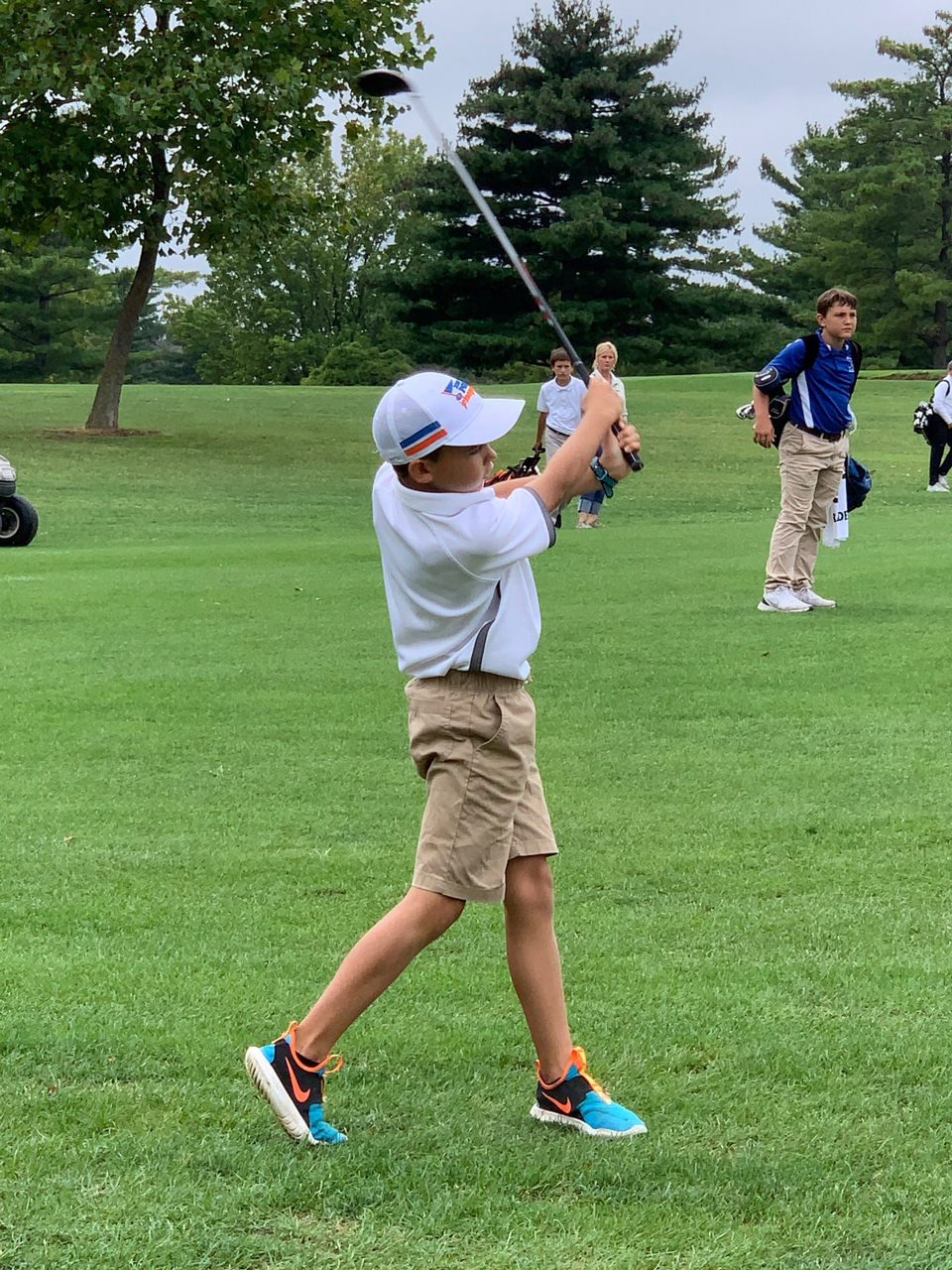 The innovative Control-IQ® technology available for the t:slim X2™ pump piqued his parents’ interest. Around this time, they also moved in next door to Shawn. This created an opportunity for Elijah to get the feel of a Tandem pump, without an infusion site. He wore one around as a test drive of sorts.

Known by his family as a "numbers guy," Elijah was really interested in the tech and advancement, and his parents reminded him that his body awareness had improved since he was four. They were optimistic the tubing would be less of a challenge, and it was a perk that the t:slim X2 pump offers a variety of infusion set choices.

It didn’t take long before he told his parents, “OK. Let’s do it.”

In October 2020, Elijah officially made the leap. He adjusted with help from some “diabesties” (friends in the diabetes community) and essential mentor, Shawn. By November, he was enjoying his newfound freedom. 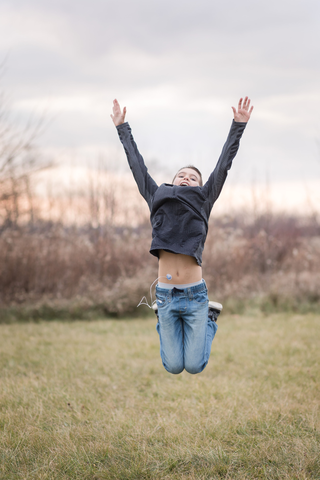 “Everyone needs a Shawn,” exclaims Molly. Having that person, whether it be a diabetes educator or Tandem representative, can be an essential part in bridging the gap in “pump 101.”

What the family loves about most about the t:slim X2 pump

Elijah’s pump has settings for activities like Exercise and Sleep that can adjust basal rates and deliver automatic correction boluses, and it’s helping him focus more on his sports. “Putting my pump on the Exercise setting makes a big difference.” Whether he’s up to bat or sinking a hole in one, his blood glucose levels are on his mind a little less often these days.

“I sleep all night now,” says Molly, who loves the Sleep feature. “I can’t remember sleeping through the night before.”

These days, Elijah can go to bed at 200 mg/dl and wake up in the morning at 90 mg/dl–now that he wakes up with better numbers, it sets the tone for the rest of the day. After-breakfast spikes are also less likely. Molly describes the switch to Tandem like many often do, “It’s been a game changer.”

After trying a couple different infusion sets, Elijah has found his favorite, the TruSteel, which is rigid and is inserted manually. “He likes it because he controls it going in,” explains Molly. Elijah found that the automatic insertion of this tubeless pump would cause him anxiety each time it was changed. He counted every click in anticipation and was bothered when the timing differed from insertion to insertion.

“I was a little scared of tubing at first, but I don't even notice it anymore,” says this active guy.

After a few months of use, it was time to see the endocrinologist. Starting at a 7.6 A1c in October, Elijah had achieved an impressive 6.8 by January. While they wish they would have made the switch to the t:slim X2 pump sooner, Molly wanted to wait until her son felt he was ready.

“As a parent, it changes the diabetes game 100%.” Molly goes on to say she knows that highs and lows are still possible, but are far less extreme with Control-IQ technology. When asked who, in her opinion, is a good candidate for a Tandem pump, she replied, “Anybody with type 1—if I was diagnosed tomorrow I’d go on one“.

Elijah is ready for his close-up

As for Elijah, his focus is on other things. He is hard at work on his own YouTube channel, Diabetic Dude, which features feel-good content and messages about diabetes awareness. “I mainly started to show people what type 1 diabetes is. It's a serious disease, but I want to show people I can still do everything normal. I've started making more fun and hilarious videos.” He hopes his channel becomes lucrative, so he can donate proceeds to JDRF, a nonprofit 501c organization that funds type 1 diabetes research. 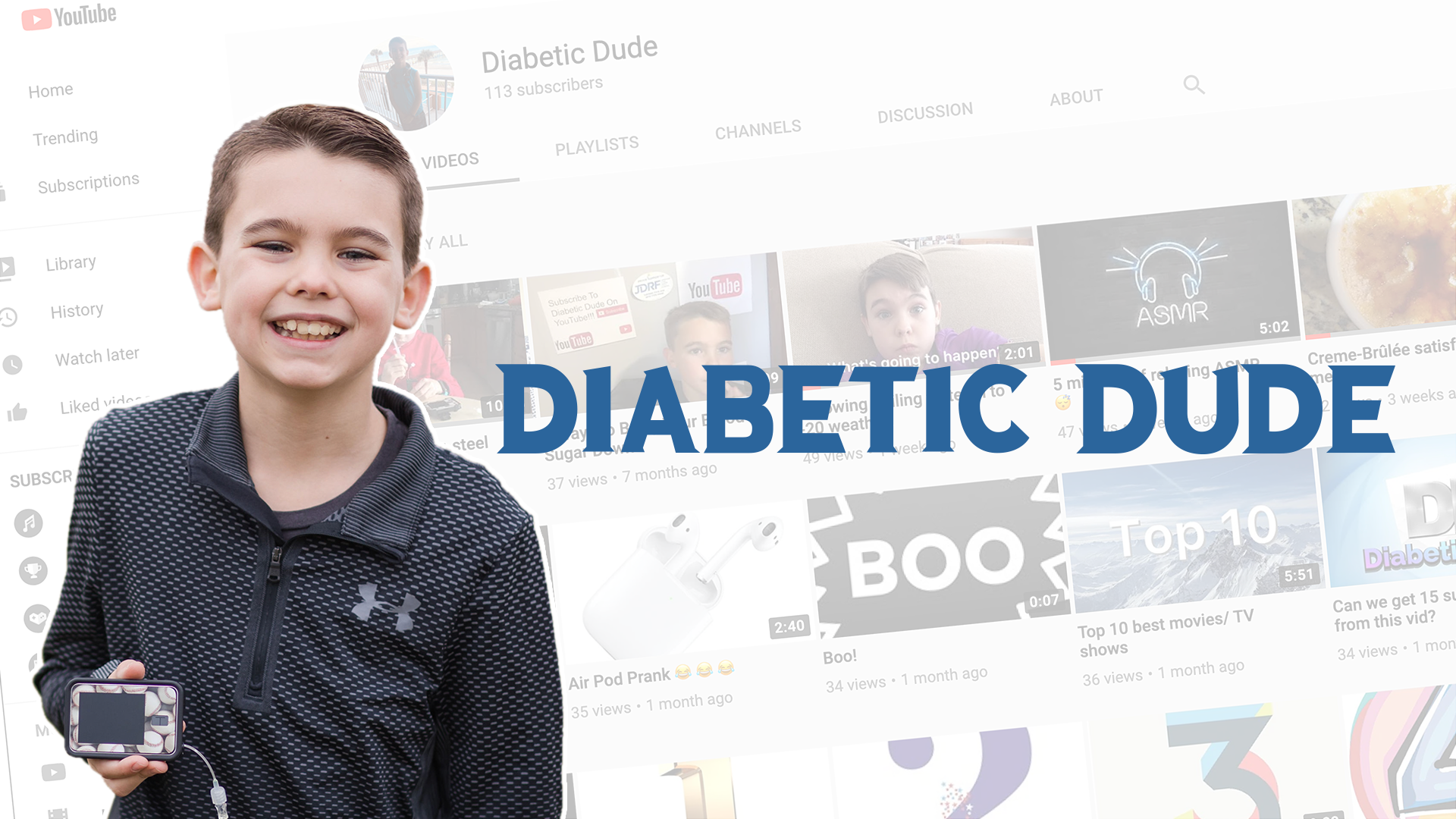 “I feel like he has more freedom, I feel like he can be a kid,” Molly says, excitedly explaining how nice it is that he can just have a popsicle at a friend’s house if he wants one. Elijah and his family have only good things to say about other diabetes devices, but Tandem has brought them to that next level of diabetes achievement. They leave us with this insight about Tandem, “The tech is just better. “

We thank Molly and Elijah for sharing their story and wish Elijah a very happy 1-year anniversary of Diabetic Dude! Check out his channel and be sure to subscribe!

Responsible Use of Control-IQ Technology

Even with advanced systems such as the t:slim X2 insulin pump with Control-IQ technology, you are still responsible for actively managing your diabetes. Control-IQ technology does not prevent all high and low blood glucose events. The system is designed to help reduce glucose variability, but it requires your accurate input of information, such as meals and periods of sleep or exercise. Control-IQ technology will not function as intended unless you use all system components, including your CGM, infusion sets and pump cartridges, as instructed. Importantly, the system cannot adjust your insulin dosing if the pump is not receiving CGM readings. Since there are situations and emergencies that the system may not be capable of identifying or addressing, always pay attention to your symptoms and treat according to your healthcare provider’s recommendations.